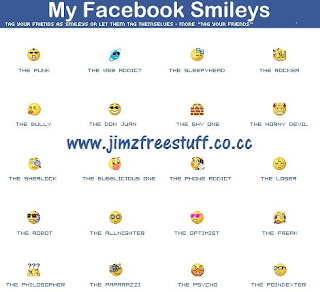 Suddenly a question caught my attention, What r all the smiley faces on facebook chat? You need them badly when you are chatting on Facebook. Smiley faces adds to touch of humor and personality to your messages. When your friend on the other end cracks a joke or fires up a sarcastic dialog, smiley faces are the best fashion to express your opinion. Sometimes you lose words to express your emotions and fill the gaps with smileys. Whatever be your mood, elated, jocund, puffed up, or you just wanna wink, smiley faces expresses your state of mind. We are going show you how to create some cool Facebook smiley faces in a jiffy.

Step 1: Begin with a sentence to accompany your smiley face. The right place to invoke smiley faces in between the expressions like expressing your happiness over a hilarious joke.

Step 2: Choose the smiley face that you want to use from the following options:

Step 3: Before typing the next sentence enter two spaces following the smiley face.