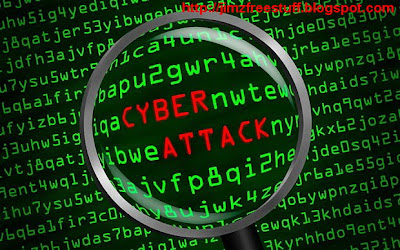 The internet around the world has been slowed down in what security experts are describing as the biggest cyber-attack of its kind in history.


Spamhaus, a London and Geneva-based non-profit group which helps weed out unsolicited "spam" messages for email providers, said it had been subjected to "distributed denial of service" (DDoS) attacks on an unprecedented scale for more than a week.
"Based on the reported scale of the attack, which was evaluated at 300 Gigabits per second, we can confirm that this is one of the largest DDoS operations to date," online security firm Kaspersky Lab said in a statement.

It is having an impact on popular services like Netflix - and experts worry it could escalate to affect banking and email systems.

Only Google, Yahoo and few other sites are working fine. Rest are very slow even downloads.

Recently, Spamhaus blocked servers maintained by Cyberbunker, a Dutch web host that states it will host anything with the exception of child pornography or terrorism-related material.

Sven Olaf Kamphuis, who claims to be a spokesman for Cyberbunker, said, in a message, that Spamhaus was abusing its position, and should not be allowed to decide "what goes and does not go on the internet".

Spamhaus has alleged that Cyberbunker, in cooperation with "criminal gangs" from Eastern Europe and Russia, is behind the attack.

"The largest DDoS attack that we have witnessed prior to this was in 2010, which was 100 Gbps. Obviously the jump from 100 to 300 is pretty massive," said Dan Holden, the company's director of security research.
"There's certainly possibility for some collateral damage to other services along the way, depending on what that infrastructure looks like."
Spamhaus said it was able to cope as it has highly distributed infrastructure in a number of countries.
The group is supported by many of the world's largest internet companies who rely on it to filter unwanted material.
Mr Linford said that several companies, such as Google, had made their resources available to help "absorb all of this traffic".
The attacks typically happened in intermittent bursts of high activity.
"They are targeting every part of the internet infrastructure that they feel can be brought down," Mr Linford said.
"Spamhaus has more than 80 servers around the world. We've built the biggest DNS server around."