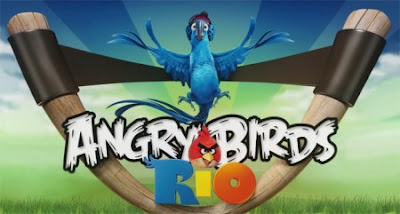 Angry Birds – One of the most popular games originally build for Apple iOS and Android mobile but this year the developer of Angry Birds have released another edition called Angry Birds Rio. Angry Birds Rio is based on the 20th Century Fox animated film Rio.

The game follows a similar storyline as the movie. The original Angry Birds characters are kidnapped and taken to Rio de Janeiro. Just like the prior edition, players use a slingshot to launch birds, but instead of hitting pigs, players have to rescue the caged exotic birds or beat evil marmoset.

How to Get premium edition of Angry Birds Rio worth $4.95 for free: