Promote your blog And Earn From It

No matter how popular your blog is, there is always not enough if you are rather ambitious blog owner. So the question on how to spread a word about the site always remains on the bloggers’ agenda. Today, we are going to present a new service, based on a Twitter mini-blogging platform, developed by a respected blogger, Nick Cardot

Now, Install all the drivers of your computer in just one click with Cobra Driver Pack 2010. All drivers are upto date & it works on all operating systems. 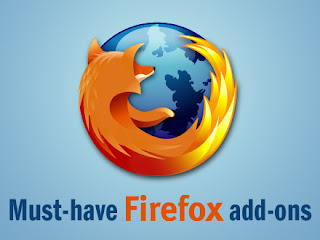 Social networking is rapidly growing these days, with a massive number of application, plug-ins and addons supporting the growth, so the following are some of the best Firefox addons for Facebook and Twitter that we chose to showcase in this article.

Hindustan Unilever is giving a free sample of household cleaner called Cif. They are giving a bottle of 25 ml which is worth Rs. 27 as a sample Absolutely Free. You will receive the sample within 7-10 days as per the Man who called me to confirm my details.

Dirt 2 - PSP
English | Console | PSP | Codemasters | Racing | 348 MB
As the sequel to the acclaimed racer of 2007, DiRT 2 is set to take off-road racing games to a new level, with benchmark tech, thrilling new race types, big event atmosphere, stunning locations, a new breed of off-roading heroes and a peerless line-up of super-charged speed machines. Promising a thrilling race experience and an extreme sports attitude that borrows from snowboarding and skateboarding culture, DiRT 2 will take players on a World Tour to diverse and challenging real-world environments to compete in contemporary off-road events. Specifically selected to deliver aggressive and fast paced racing, DiRT 2's garage will house a best-in-class collection of officially licensed rally cars and off-road vehicles; covering seven vehicle classes and players will be given the keys to powerful machines right from the off. Lara Croft and the Guardian of Light is the first ever co-op multiplayer action/adventure game featuring Lara Croft.
This brand new adventure combines the hallmarks of the Tomb Raider franchise, including exploration and
discovery, platforming, and puzzle solving combined with character progression, fun fast-paced combat, and
elements of human cooperation and competition.

Get Free Rs 50 Recharge From Mastdealz

Offer Details :
All You Have to Do is Like Fan Page of MastDealz on Facebook After that Suggest Fan Page to Your Friends and tell them for Joining it and if 10 of Your Friends Joined it Then Mail Your Name, Mobile Number and 10 of Friends Name Who Joined their Facebook Fan Page to mastdealz@gmail.com and You will Get Rs 50/- Recharge topup for Your Mobile. for More Details See below banner.

Closeup India Running a Friendship Week contest on Facebook where You can Win Yourself Cool Trendy Watch From Closeup. Office Password Unlocker - is a program for the return of passwords for Office. The program returns the passwords to MS Word and MS Excel quickly, easily and efficiently. This program supports three types of attack to guarantee you receive it. Also, you can not only view a document after you receive it, as well as edit dokument.Prosto show the path to the application Office, you want to decrypt, and then click "Start" and the program itself will do its job. The program is very easy to use and does not require any special skills, so that even a child can safely handle it. Webshots Desktop is a free photo management application that combines wallpaper and screensaver functionality with tools for managing and sharing your own personal photos.The latest version makes managing all your photos much easier right from your desktop software. Now you can drag-and-drop photos to Webshots from Windows, search your Webshots collection, and update your albums in a flash.Webshots Desktop is a software that allows you to manage your photos.

Kaspersky All version Activation Key | 5.64 MB
Kaspersky products for home and home office are specifically designed to provide hassle-free and quality protection against viruses, worms and other malicious programs, as well as hacker attacks, spam and spyware